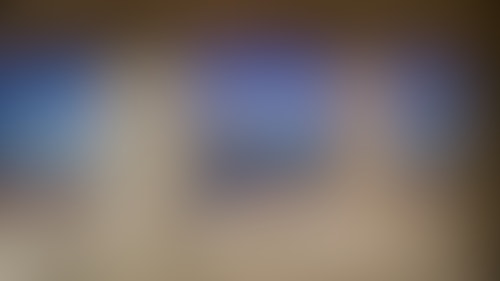 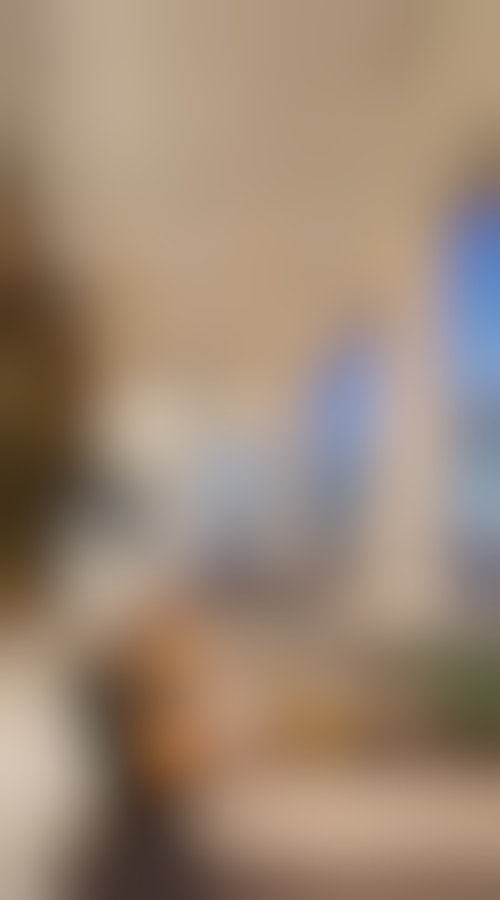 Spear Street Capital recognized the need to modernize their asset, 70 Hudson Street, a 12-story commercial office building with a dated neo-classical lobby which faces Lower Manhattan and is highly visible from the Jersey City Boardwalk promenade. STUDIOS reimagined the building's visitor and tenant experience and successfully transformed the ground floor into a dynamic and contemporary space. 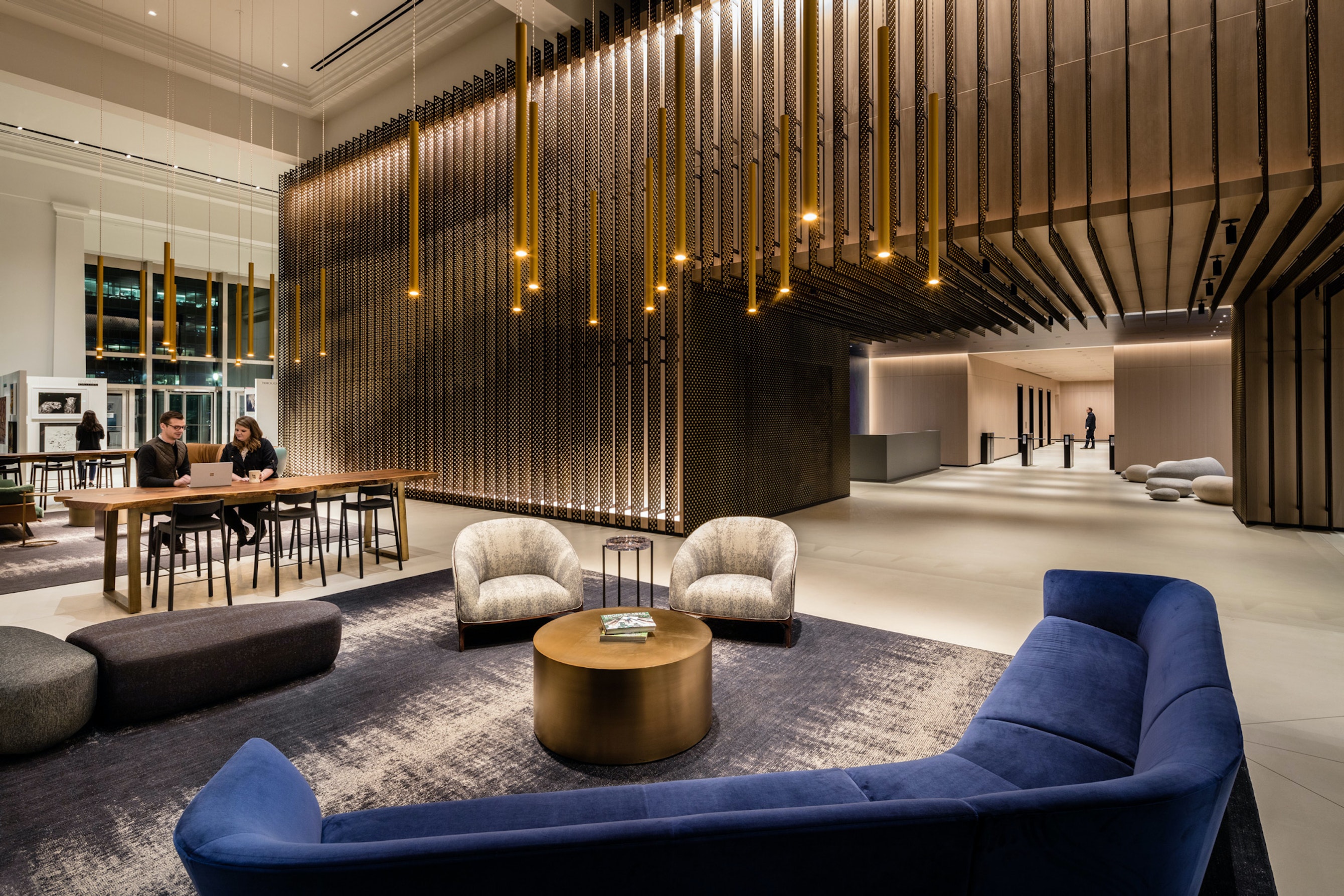 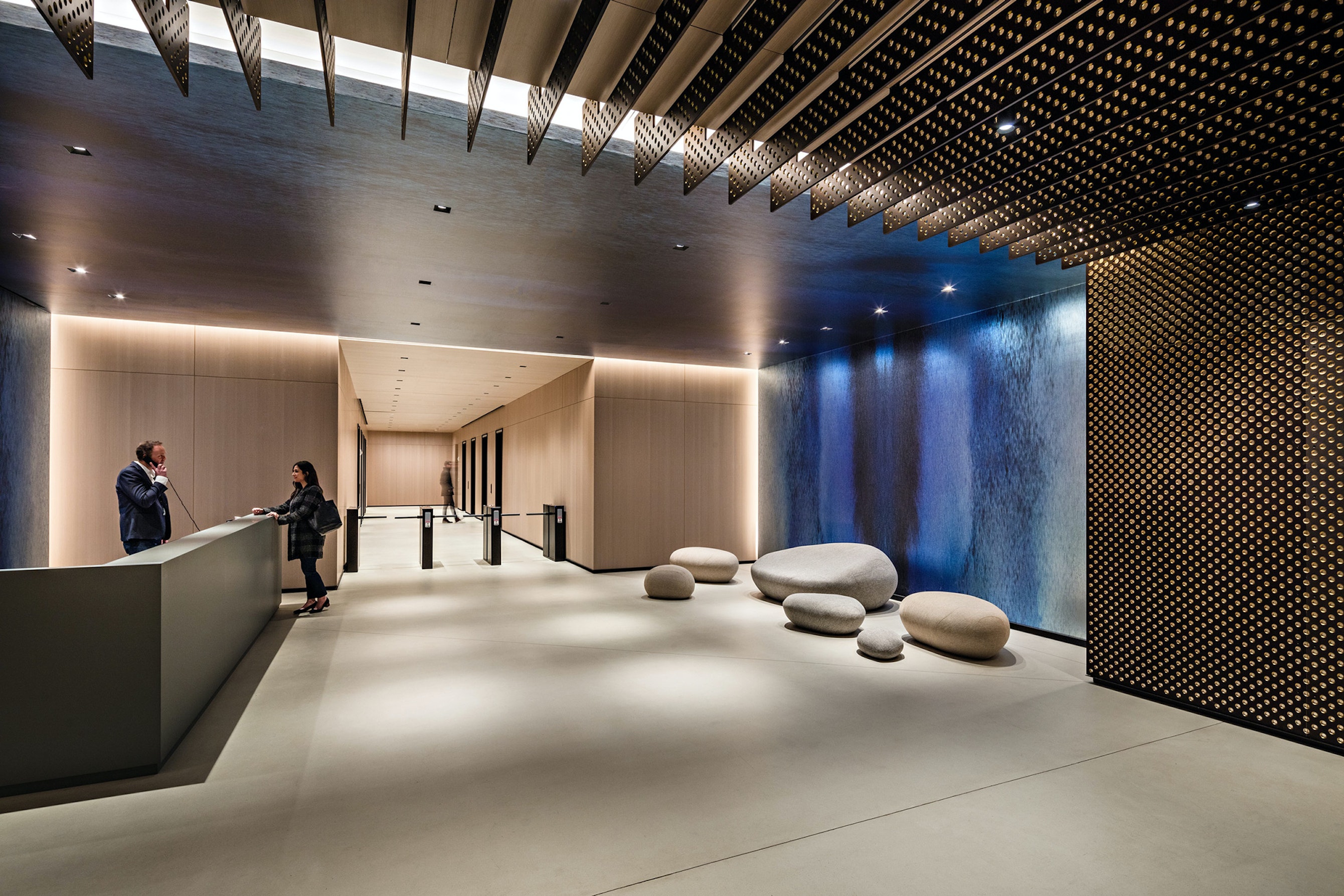 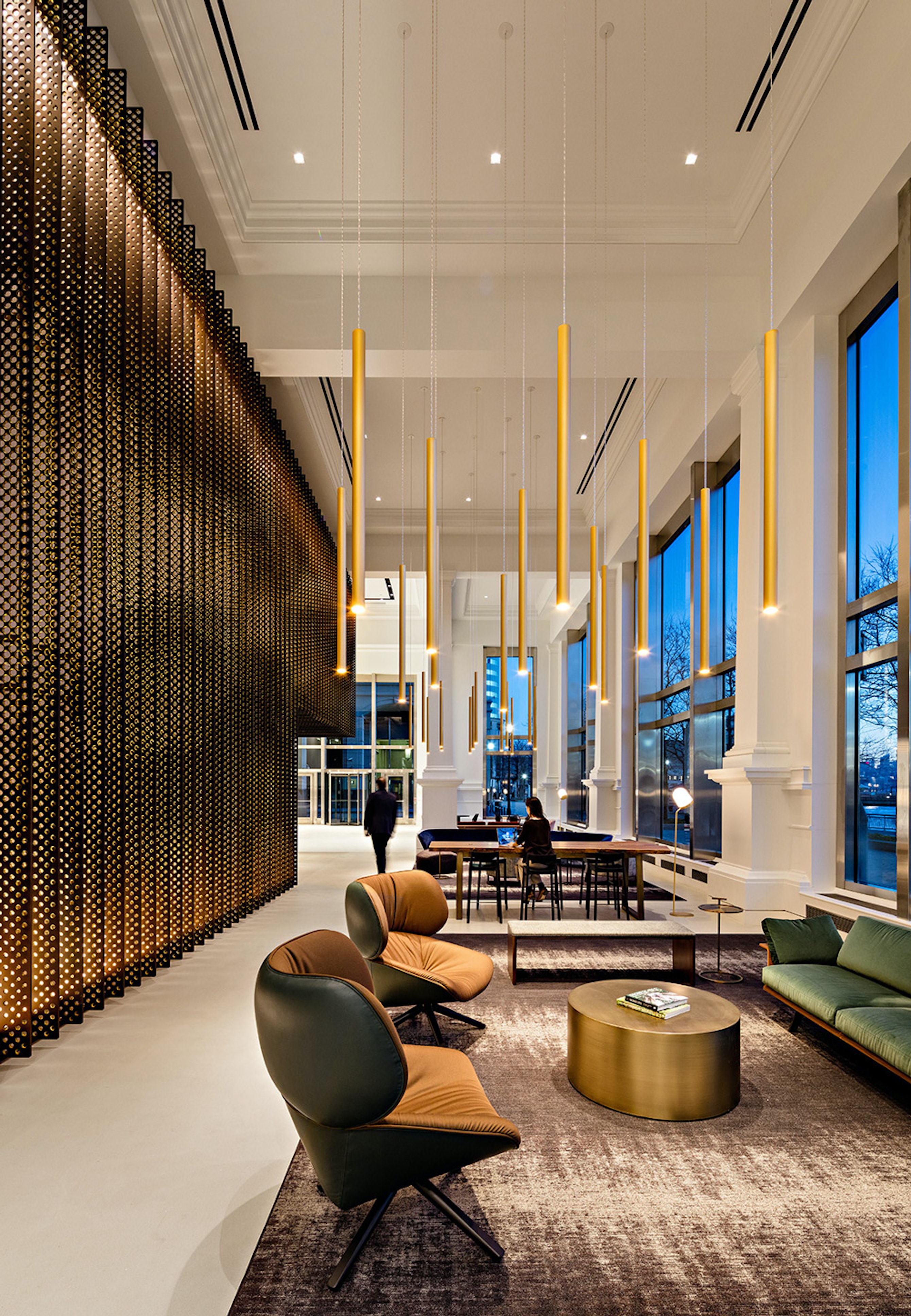 The primary objectives of the renovation was to change the perception of the building through the existing non-descript lobby and create a more usable space that would complement a new ground floor experience, which would include retail and planned exterior improvements.

STUDIOS' designs of 70 Hudson began first with addressing the sheer scale of the lobby. The existing space had a large, open volume with a dark, outdated receiving area before entering the elevator lobby. The solution to this design flaw resulted in the creation a large mass that housed back-of-house functions and the garage elevators, while connecting a space that reset the palette of materials leading into the elevator lobby. All the spaces under this expression have a ceiling that connects and unifies the materials, allowing for a grand statement, counter balanced by the existing exterior wall. The floor also became an opportunity to unify all the varied scales in the space, using concrete to bring a warm yet modern aesthetic.

Using volume to explore materiality and pattern, STUDIOS, in collaboration with a local metal fabricator, custom developed a vertical motif of metal fins and wood paneling that separated the fins. The size and scale of this feature in conjunction with the naturally reflective characteristic of the material acts as a focal point in the space, stretching 58 feet wide and soaring 28 feet to the ceiling. 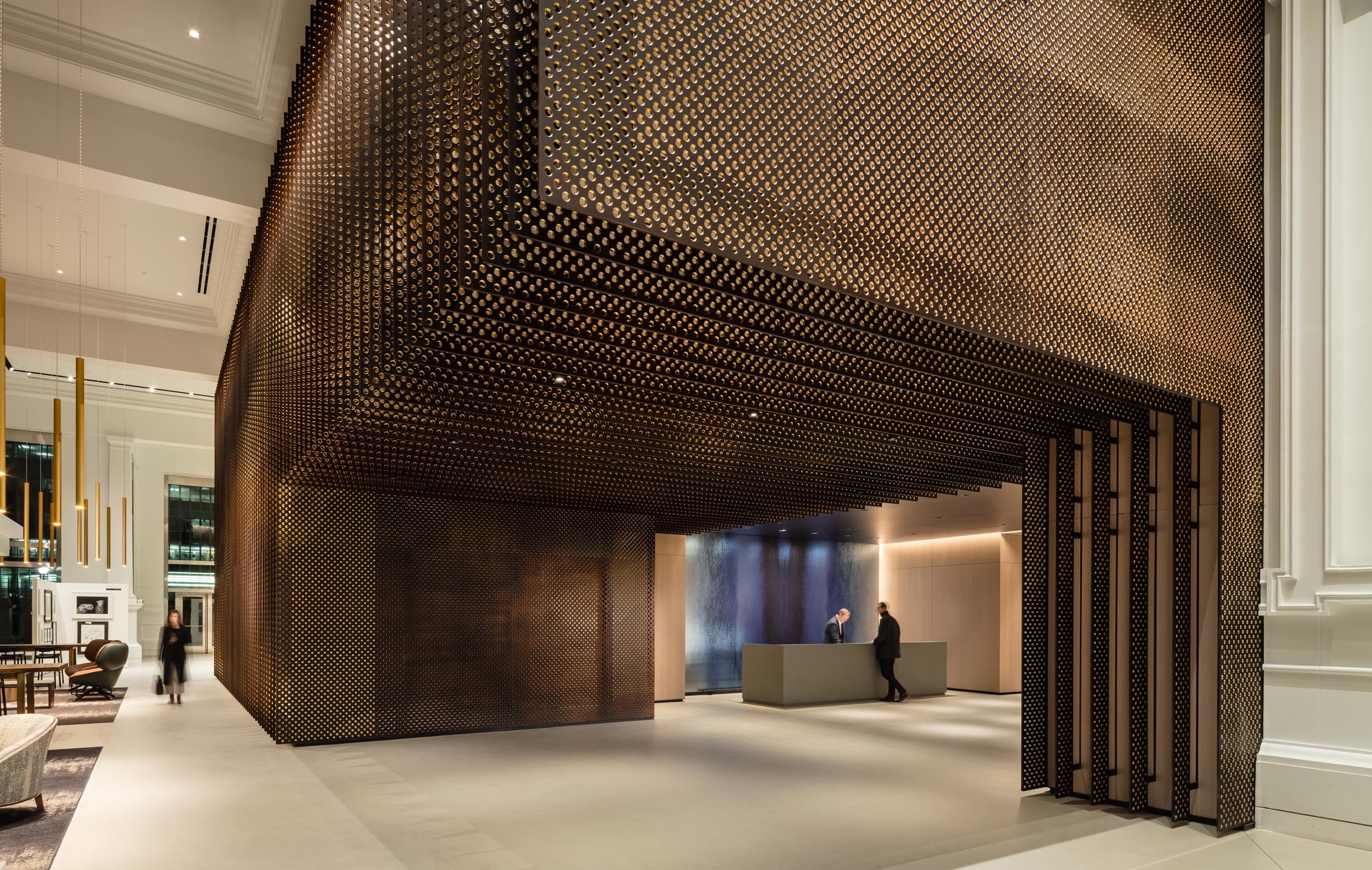 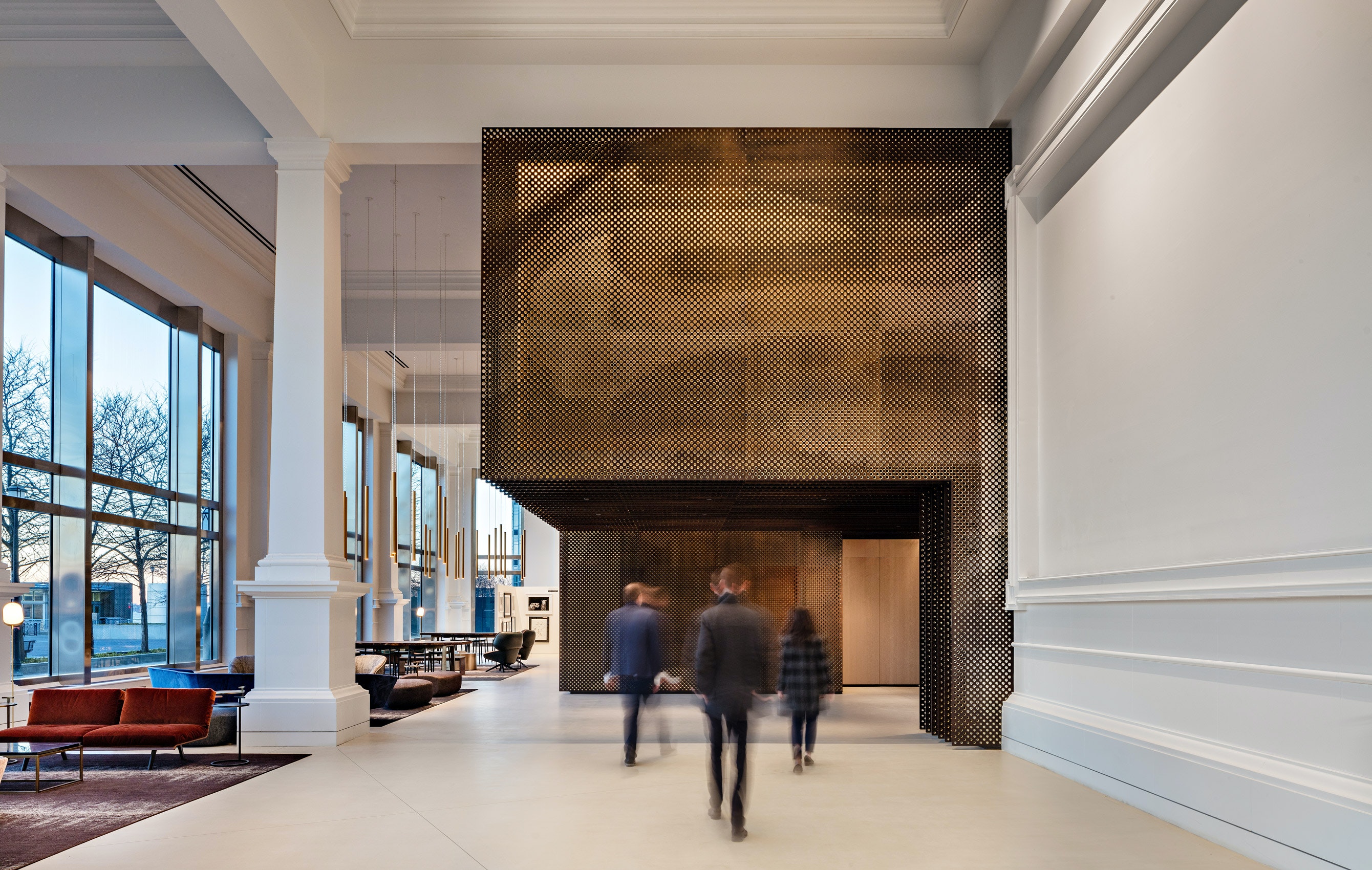 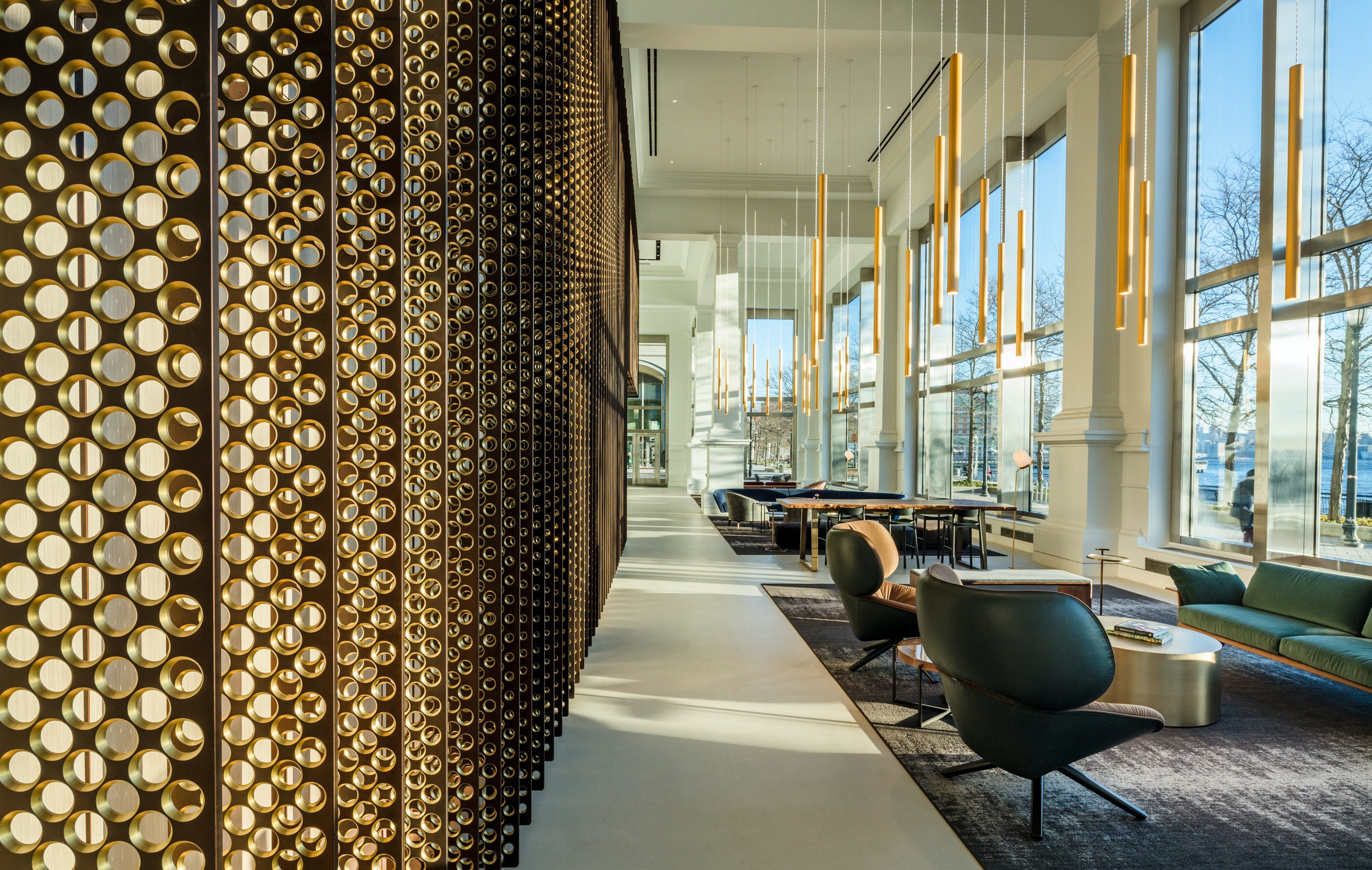 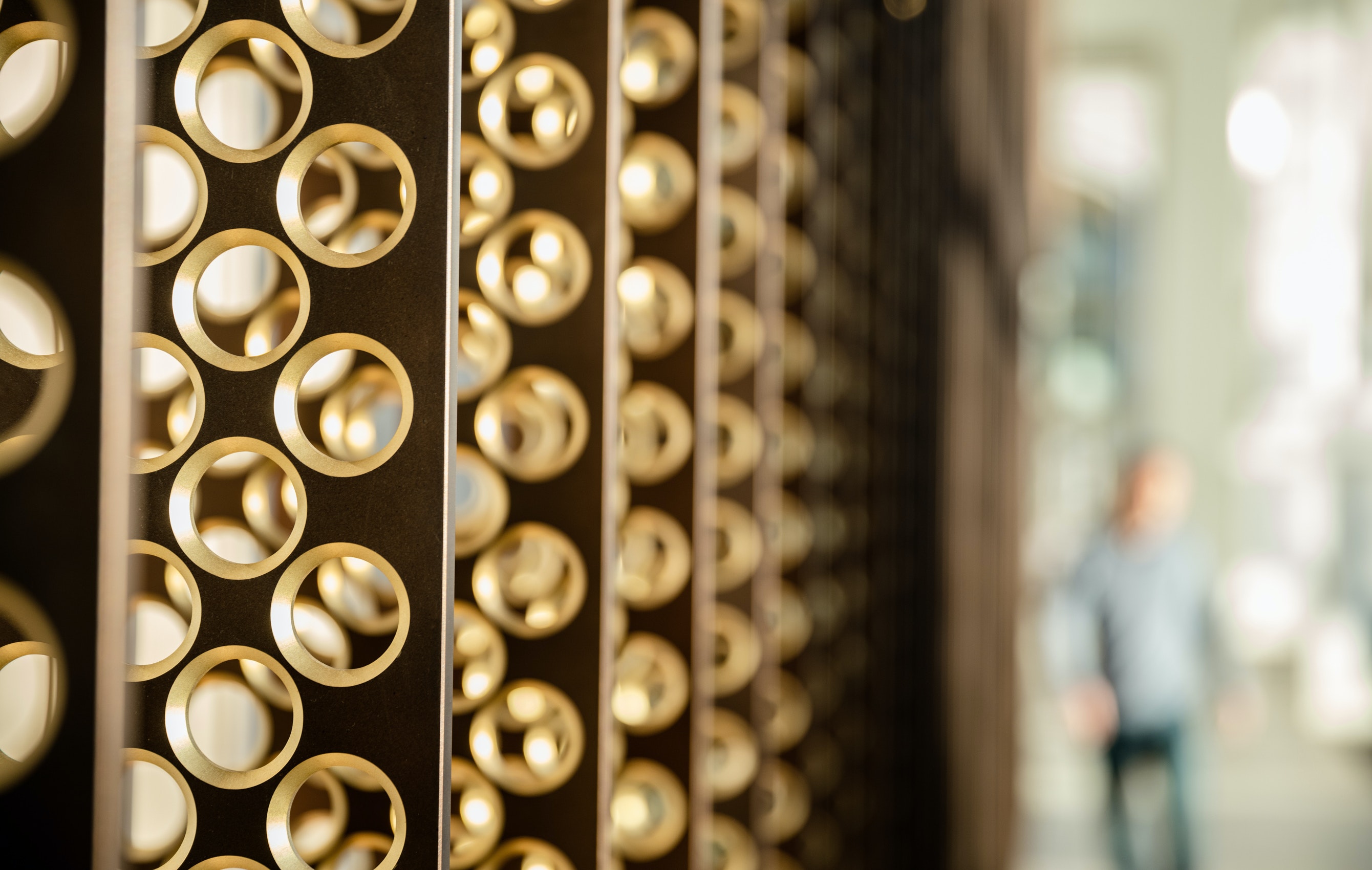 The volume’s panels and fins are made up of 50,000 lbs of mirror-polished aluminum with ceramic coatings that resemble oxidized bronze and perforations meant to mimic the Northern Lights. Not only serving as an art piece, the volume functions as a camouflage, hiding back-of-house operations and garage elevators that had previously been exposed.

Through the use of materials and reshaping of spaces, the redesign of 70 Hudson successfully achieved the client's objective of creating a warm and inviting lobby with a hospitality focused aesthetic, completely transforming the tenant and public perception of their asset.